First licensed in 1993 in Cincinnati, Ohio, Erick was employed by Sibcy Cline Realtors, one of the largest independent Brokers in the United States. He served as a Director on the Clermont County Board of Realtors as well as Chair of the Realtor Education Committee until resigning as President-Elect  in 1999 to move to Englewood. In Florida Erick has served as a Director on the Venice Area Board of Realtors as well as Chaired the Grievance Committee and the Public Relations / Marketing Committee. He also served as the VABR representative on the Coalition of Business Associations (COBA) for 3 years. Erick was named Realtor of the Year in Venice in 2008.

Erick is a graduate of the Gulf Coast Community Foundations Leadership Academy and was Co Chair of the forming Board of Directors of the Englewood Center for Sustainability.

In his personal life, Erick is married (Christi) and has three Daughters. 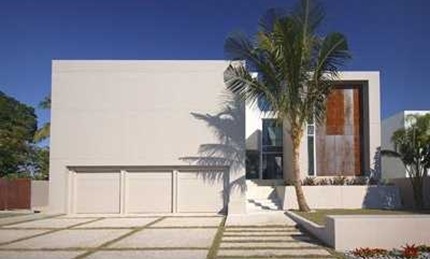 Chris had been a Realtor with Corin Bay Real Estate since 2004 and has called Englewood her home since 1999. She along with her husband, Erick, and 3 daughters relocated from Cincinnati, Ohio to escape the cold and dreary winters and be closer the their parents who'd already made the move.

While in Cincinnati Chris was the Executive Assistant at LensCrafters, woking as their site selector in the opening of their first 15 stores. She went on to own and operate In A Basket, opening 4 retail stores in the Greater Cincinnati area. She also worked with Hamilton County on the creation of a business incubator within the City of Cincinnati.

In Florida, after obtaining her Real Estate license she earned the, At Home with Diversity, 1031 Exchange, International Real Estate Buyer and Short Sales and Foreclosure Certifications. (Chris ranked in the top 5% in closed short sales in the area) She was also one of the first Green Certified Real Estate Professionals in the area, earning that Certification in 2007. Her ongoing education has included; Effective Negotiating for Real Estate Professionals, The Business of Your Business: Formula, Financials, Function & Freedom and Harnessing the Power; Skills Based Performance Management.

Chris served as the President of the Venice Chapter of the Womens Council of Realtors (W.C.R.) in 2009 and 2012 and also on the State of Floridas W.C.R., Education and Program Committee.

Chris had been a Top Producer with more than one million in Sales since 2008 and has received the 5 Star Award annually since 2009.

Formed in 2004, Corin Bay Real Estate Marketing & Sales specializes in facilitating the purchase and sale of property in the Sarasota and Charlotte County markets. Corin Bay  demands the highest level of ethics and service from our agents to our customers.